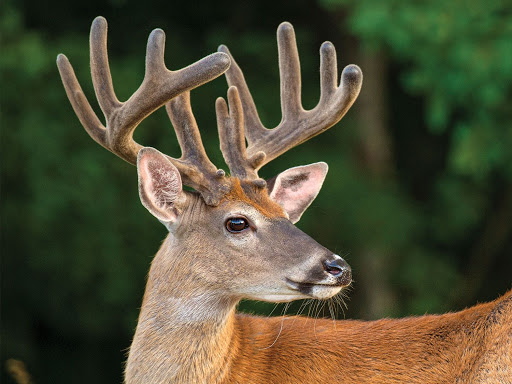 The size of the antlers or “rack” increases in size each year.

You may have heard antlers referred to as “sheds”. That is because unlike any other in the animal kingdom, male elk, deer, and moose grow and “shed” their antlers every year. Antler sheds are mother natures’ most amazing renewable resource. Using these for beautiful rustic cabin furnishings harms no animals or the environment. The rate at which they grow makes them the fastest growing formation in the animal kingdom.

The size of the antlers or “rack” increases in size each year. Each animal has a uniqueness to its antlers, that special unique quality will return in its next years growth. For that reason, it is possible to find the antlers off the same individual animal and see the character of that animal grow. The antlers are shed between February and April. Immediately they begin to grow again. They start as a honeycomb bone like tissue covered in velvet which supplies the antlers with the nutrients it needs to build the bone mass. Once they have received all the nutrients needed and are at full growth, approximately 4 months, a ring at the bottom of the antler shaft also known as a “button” is formed cutting off the blood and nutrient supply to the antler.

The velvet then begins to dry up and with the help of the animal rubbing their antlers on the trees peel the remainder of the velvet off. The beautiful hard brown antler is then complete and ready for its job of attracting females and challenging other male competitors. This process is repeated for the entire life of the animal. One may have an injury to an antler while growing which may create and abnormality or uniqueness in its appearance. These unusual antlers are referred to as non-typical. You may see some branches of the antler palmed out, stumped or even a branch turned down instead of up “drop tine”.  Antlers from different areas may have different coloring depending on the animal’s diet or the trees they rub on.